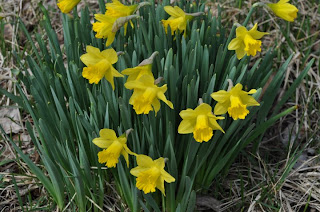 Many of us have been waiting quite some time for this day to come! 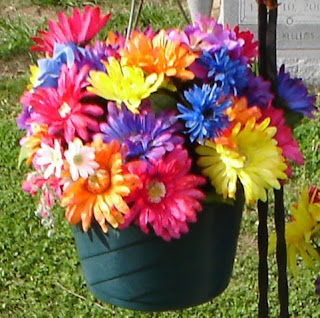 MARCH 20th. is the first day of spring, or vernal equinox as astronomers would have it. "Vernal" means "of or pertaining to spring." "Equinox" means "equal night." As the angle of the earth's inclination toward the sun changes throughout the year, lengthening or shortening the days according to season and hemisphere, there are two times annually when day and night are of more-or-less equal length: the spring and autumnal equinoxes. These celestial tipping points have been recognized for thousands of years... [Quoted from About.com: Urban Legends Can You Balance Eggs on End During the Spring Equinox?
By David Emery, About.com Guide]

- Photo taken & submitted by JGWest
Posted by TSGS at 4:00 AM No comments:

This past Tuesday 16 March, I posted a blog about "Shirt-Tail Kin"
http://tsgsblog.blogspot.com/2010/03/shirt-tail-kin.html

Don Counts found this great chart that helps you determine how you are related to someone in your family. I think I might have given this to Don many years ago... or he might have given a copy to me! Click on the chart to make it larger - you should be able to print it out and save it for use again and again. 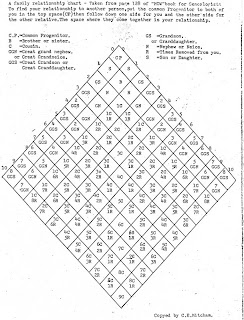 NOTE: At bottom of chart reads, "Copyed by C.E. Mitcham" who happens to be one of my Shirt-Tail Kin!!!
- Chart submitted by Donald R. Counts.
Posted by TSGS at 4:45 AM No comments: 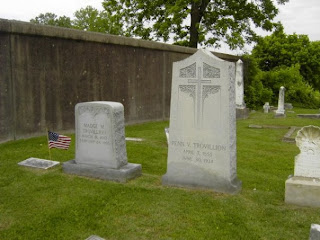 - Photo taken & submitted by Judy Foreman Lee
Posted by TSGS at 8:01 AM No comments:

I got this in my email box from my friend Judy Lee:
Trovillion Cemetery T13S R6E Sec 29N 37* W088* (Pope County, Illinois) Enumerated March 11, 2009. This cemetery has suffered the forces of nature and man. If the cemetery were cleaned more monuments might be found. Invasive species along with fallen limbs from an ice storm make it difficult to maneuver through the cemetery. The blue blooms of the vinca groundcover though offer brightness and hope. The cemetery is about a mile east of Old Brownfield on Deputy Tower Road, then about 2000' north of the road. A field surrounds the cemetery; a farm road passes beside it on the west. Enumeration starts closest to the farm road, beginning at the northwest side of the cemetery.
Judy Foreman Lee UdyDee43@aol.com
Posted by TSGS at 4:03 AM No comments:

What in the world is "shirt-tail kin?" I "Googled" this term to see what I might learn about it. If your family had close friends for many years & especially over a couple generations, these friends might be dubbed as shirt-tail kin. Maybe it is a distant relative like a fifth or sixth cousin... you just barely know that they are blood relatives. Another example would be those who married into your family (the "in-laws"). We have heard of cousins that were "once-removed" or even "twice-removed" -- these would possibly qualify as shirt-tail cousins.

Hope this makes sense!
- Submitted by JGWest
Posted by TSGS at 11:18 AM No comments: 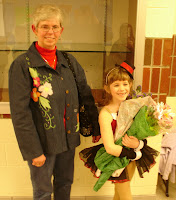 TSGS Board Member, Becky West, with her grand daughter in the Cincinnati area (Kings School). Seven year old Halle West was in her school's Dance Recital in one of about 20 acts featuring over 100 kids from kindergarten to the 12th. grade. She got four bouquets of flowers from admirers! This is her second year participating and she loves it!!!