Here is a photo of my youngest son,
James William Warner West.

James got 3 given names since his two older brothers got my middle name (Phillip Gregory West) and my first name (John Jefferson West). I ran out of names to give a third son from me, so we just ended up naming him after all of my other ancestors: (Warner West... my grandfather); (William Wood, William Ellis West, William Huff, William Allen Kimble, William Allen, William Lewis, William Haynes, William Gardner, William H. Woodis, William Allen Long [this William was my Uncle Bill, Mom's brother, who died not long before James was born]) and (James Tobias Long & James Henry Wood). 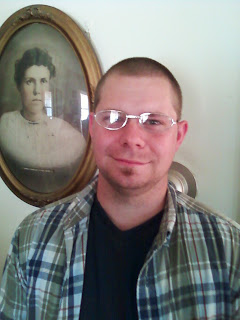 The Frog Follies was in town...
with over 4,000 street rod cars in and about everywhere this past weekend. Linda Young-Niemeier took photos of these cool vehicles while the members of the Scott Township Fire Department collected for the MDA! 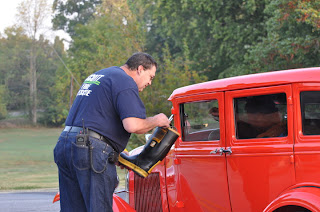 Jeff Niemeier is collecting a donation from the driver of this great car! Below is a poster to identify the workers for MDA along that intersection. (Click on photos to get a larger, clearer image.) 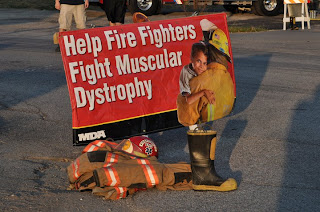 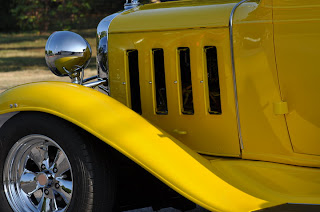 Love this yellow fender/hood view showing the open louvres! Below is a Scott Township Fire Department member waiting on cars to stop and make a donation to MDA. Henry Ford once remarked that consumers could buy any color car they wanted as long as it was black! ;) 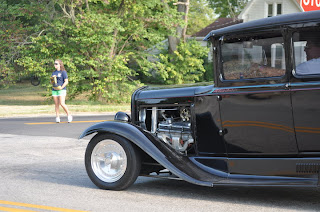 Below Jenny Griesmer is getting donations from this bright yellow street rod. 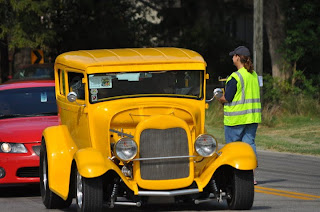 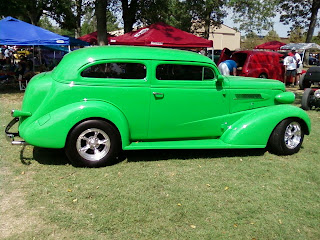 I believe that the above was the greenest of all of the cars I saw at the 4-H Center. The beautiful car below has a unique water wave with its patriotic stars & stripes! 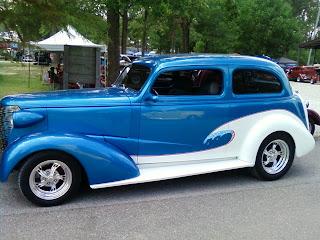 There were many orange colored cars, but this was one of my favorites. 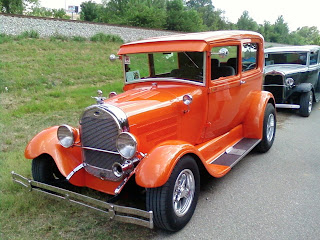 This one had a very nice mini-rod duplicate... only the engine on the mini-car was more "souped-up" than the original. 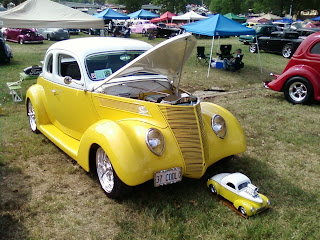 Former TSGS President, Don Counts, recently had the honor to present an award to Vanderburgh County Sheriff Eric Williams. As the Editor of the City-County Observer, Don presented the award on behalf of the newspaper. The John F. Kennedy Club of Vanderburgh County held its 3rd annual JFK Family Fun Day on Saturday, 28 Aug 2010, at Burdette Park with over 500 in attendance. Dan Kisner, Staff Artist of CCO drew the caricature (below) of Sheriff's Williams favorite law enforcement character... Barney Fife from the Andy Griffith TV show. The Chairman of the Board of the City-County Observer, Ron Cosby made brief remarks before introducing Don to make the presentation. 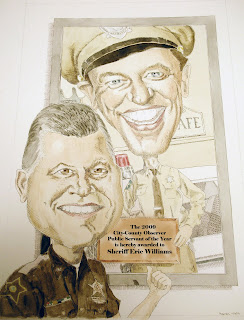