TSGS Meeting Report For Those Not In Attendance 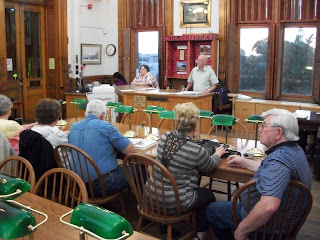 At end of the table (standing), Secretary Kim Nightingale reads the minutes of the previous meeting. Seated at that table at the end is Treasurer, Diana Davis, Former President Karin Kirsch, Program Chair Becky West. Carol Lantaff is at the end of the table to Kim's left. 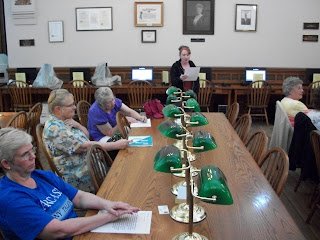 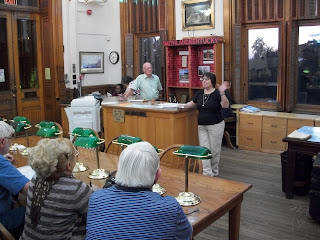 Speaking of animation, former President John G. West, presented a lively program "Genealogical Research Skills vs. Just Plain Luck!" John used this John Deere cap to illustrate that all of his ancestors were farmers. Holding a corn-cob pipe was used to show that those farmers were almost exclusively tobacco farmers. 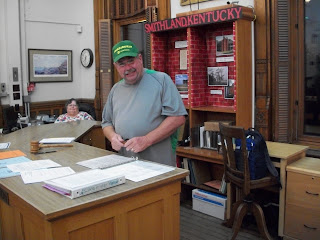 John dramatized that most of his lucky success in finding ancestors was that he had a wee bit o' Irish blood in him... and possibly a wee bit of Leprachauns along the line. Here John asked the audience if they thought he looked like a "little Leprachaun!" John used humor & unusual stories to point out his lucky findings, but then mentioned how using better research skills could have eliminated the need of luck to discover his ancestors. 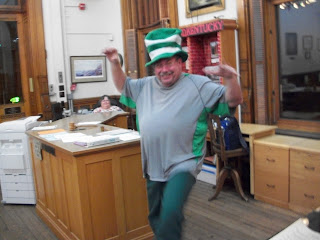 About 18-20 members were in attendance. Peggy Gilkey won the attendance prize... one year's TSGS membership.