'
James A. & Louisa Thomas are buried in South Fork Baptist Church Cemetery not far from where Abraham Lincoln Birth Place National Park is located south of Hodgenville in Larue County, Kentucky. This is very close to the border between Larue & Hart County. 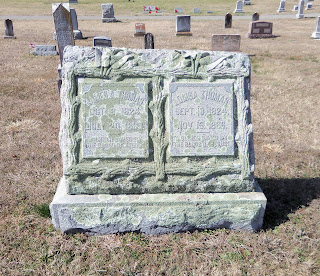 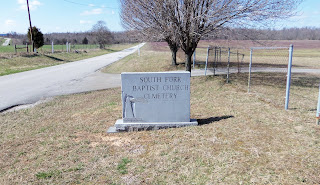 Entrance to the cemetery on Airline Road.
- Photos taken by JGWest
[Tombstone Thursday is dedicated in memory of Donald G. West 1952-2000]
Posted by TSGS at 1:21 PM No comments:

From the First Mate's Photo Album...

'
A few photos from Tuesday night's TSGS meeting with Stan Schmitt speaking on the Civil War in Evansville. Becky West (right - standing) is introducing our guest speaker to those in attendance.
[Photos are kind of dark, click on them to enlarge each one for a better picture.] 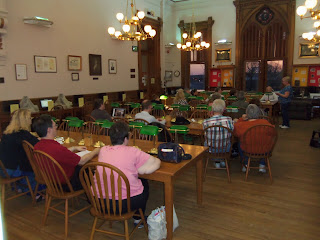 Stan with his arms stretched out was saying that at a previous TSGS meeting, he had been interrupted by a new young security guard because it was almost 8 PM, the normal closing time for the library. The guard asked everyone to leave in 5 minutes... the librarian and I quickly informed the guard that we were conducting a meeting and he just interrupted the guest speaker. We also told him that we generally ran over about 1/2 hour over the normal closing time. The security guard was nick-named "Skippy" by several un-named TSGS members! Stan then quickly wrapped up his program in a few minutes, although he had about 15 to 20 minutes more to finish. Everyone present enjoyed Stan's program very much and wanted him to return "to finish the war!" 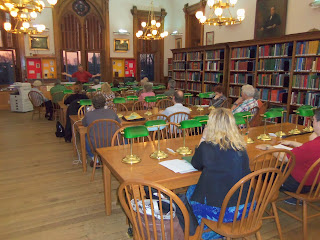 As Stan is speaking those in attendance were listening very closely. Stan is a good speaker with an interesting subject. He finished the war for us and everyone enjoyed his program very much! We ended with having two very good programs from Stan Schmitt. Thanks, Stan! 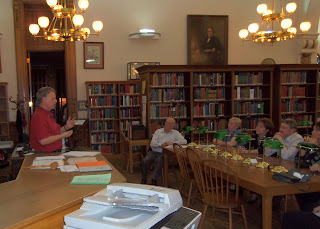 Photo of the audience for Stan's program... a few present are not shown (they were seating just right of the edge of this picture). TSGS President Don Counts is to the left of this photo with Mrs. Browning seated at the other end of the same table (lower center). 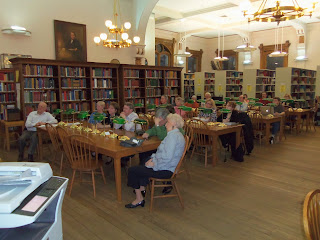 - Photos taken by JGWest
Posted by TSGS at 9:24 PM No comments:

'
TSGS Meeting Notice... Tonight!
When: 13 Mar 2012 Tuesday Night - Tonight
Time: 7:00 PM
Where: Willard Library - 2nd. Floor
What: Monthly Meeting
A drawing for an attendance prize will be awarded at close of meeting... you must be present to win.
The Tri-State Genealogical Society will have a brief business meeting followed by a presentation by Stan Schmitt ~"Evansville in the Civil War." 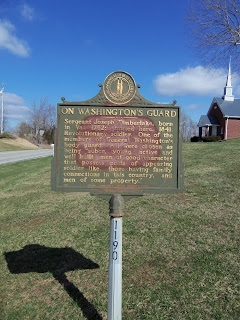 This Kentucky Historical Marker is in front of Three Forks of Bacon Creek Baptist Church and the cemetery there. The "Hammondsville Cemetery" at this church is where he is buried. [Click on photos to get larger images.] 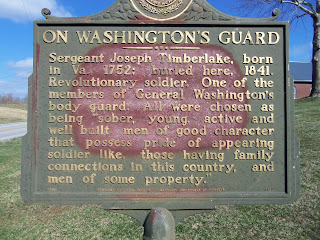 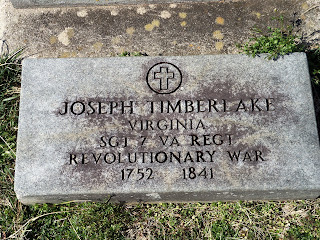 Above is Joseph Timberlake's military stone, below is a special monument placed next to his stone with a flagpole nearby. 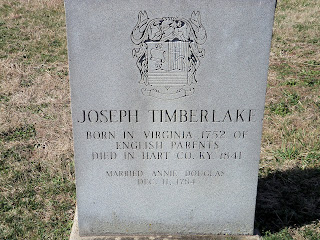 Below you can see his special marker & the flagpole a very short distance from the grave of Clarasa Cruse (daughter of Prosser Cruse & Sarah Frances Ferguson). This is a good sized cemetery, with at least 682 markers, that contains over 70 of my Cruse family including Prosser & Sarah Frances, my 3rd. great grandparents! 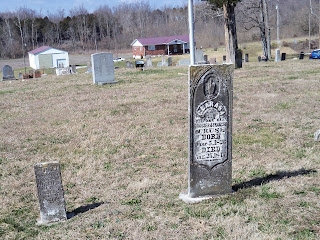 - Photos taken & submitted by JGWest
Posted by TSGS at 2:34 PM No comments:

'
TSGS Meeting Notice... Reminder!
When: 13 Mar 2012 Tuesday Night
Time: 7:00 PM
Where: Willard Library - 2nd. Floor
What: Monthly Meeting
A drawing for an attendance prize will be awarded at close of meeting... you must be present to win.
The Tri-State Genealogical Society will have a brief business meeting followed by a presentation by Stan Schmitt {Back by popular demand!} ~"Civil War in Evansville."